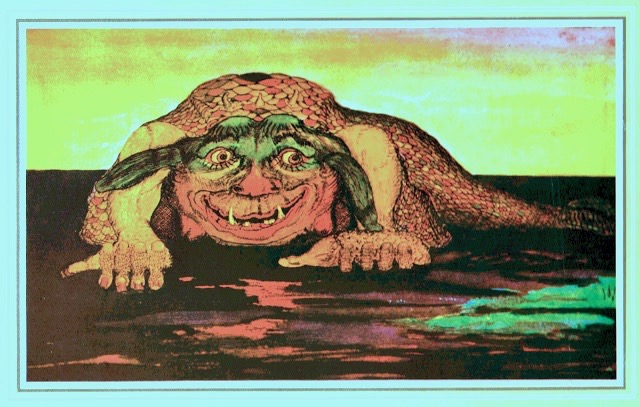 Upon awakening in Palo Alto, or Gecca, Van Stein and I haul our sorry selves around the corner to Starbucks on University Avenue.

The magnetism of The Garage had been so strong for the artist, he tells me, that he’d returned to paint it at four that morning. 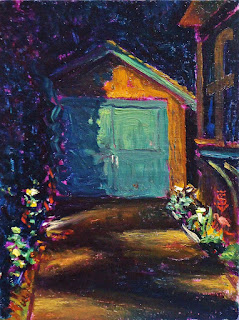 “What-where?” I seek my reflection in the glass of my iPhone and see a nasty blood blister on my lower right lip.  “Jeez, how’d that get there?" 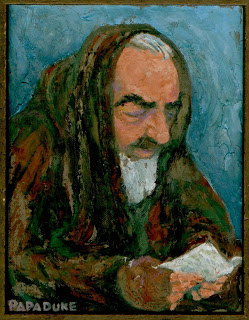 “The devil used to do this kind of thing to Padre Pio,” I say.  “He’d be up half the night battling Satan and come out in the morning scratched and bruised.”

Pumped with caffeine, we climb into the Jeep, consult The Tablet, and set off to Google headquarters at 1600 Amphitheater Parkway in nearby Mountain View.

This is our own in-person, off-line version of a Google search.

There is no main entrance, no security gate and certainly no sign to herald Google’s presence but instead an amorphous sprawl of unidentified buildings professing anonymity. 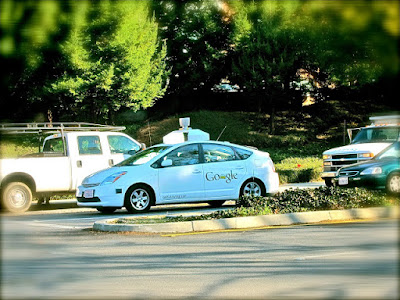 In fact, the only reason we know we’re in the right place is a patrolling Google car with a camera mounted on its roof aimed in our direction.

We pull into the parking area (labeled Pilot Plant) and wander freely around what seems like part industrial park, part university campus—a half-dozen unlabeled buildings with the occasional locked door and this sign:  Google Employees Only.

The concrete-paved communal area in between buildings is desolate. 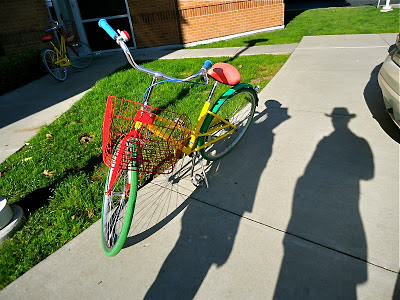 “Where is everybody?” asks Van Stein, throwing his arms in wonderment, reminiscent of that eponymous 1959 episode of  The Twilight Zone.

We come upon a shop that appears open, but the door is locked.

The windows are decorated with lava lamps, which appear to be for sale.

I recall, from reading a book about Google prior to departure, that the lava lamp is Google’s unofficial mascot—and seemingly more popular among Google nerds than baseball caps and T-shirts embroidered with their rainbow-colored motif. 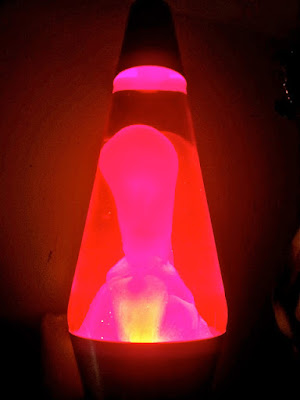 “...and an opening to hell,” Van Stein finishes my thought.

The few persons who crisscross the open-air court between buildings don’t look old enough to have graduated college.

We stop one, a young male with a Google badge and obligatory dispatch bag hanging from his shoulder.

“Where is the main building?” I ask

He chuckles and points.  “Over there.”  He strides off.

I try to follow his point.  “Over where?” I say to Van Stein.

We walk in the general direction of the point. 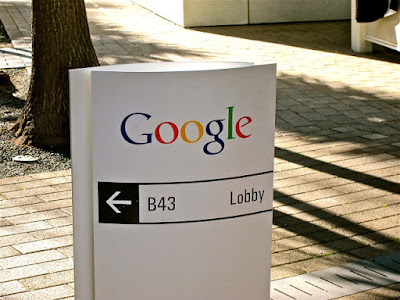 More unidentified buildings, whose doors are locked to all but Google Employees Only.

“Makes sense, cos they’re definitely playing with us.  This is better security than guards with guns.  They just ignore you.”

We return to the Jeep and drive off, quickly discovering that the amorphous sprawl of Google extends in several directions across Amphitheater Parkway, including a smaller building identified by this smallish sign on the street:  Visitors Entrance.

We rejoice, park, alight and stroll through glass doors.

The lobby is small and drab, not well lit, certainly not befitting a multi-billion dollar company, as if, like the devil, it attempts to disguise itself as benign.

Behind a simple counter sits a lone female receptionist, who you can’t even see until you’re upon it.

She looks up cheerfully at two adventurers in safari-like hats. 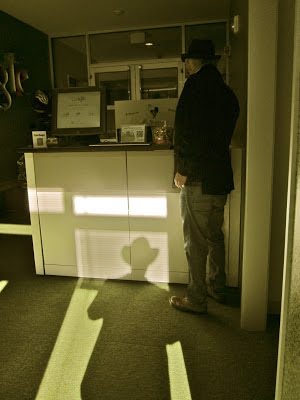 “I’ve tried to phone,” I continue.  “It’s impossible to connect to a human being.  I tried to email.  But no one answers.  So I’ve traveled a long way to see somebody in person.”

“But it’s important,” I say.  “Maybe you can find a trainee junior assistant who has two minutes to talk to me?”

She shakes her head.  “Not even.  There’s no one here who can do that.  You have to send an email to a support group.”

“No.  I’m not authorized to talk to anyone.”

“But you’re taking to me right now.”

She shrugs, no longer talking.

She shakes her head.

Behind me, Van Stein erupts, “Pay no attention to that man behind the curtain!”

And I realize, we are just like Dorothy, the Scarecrow, Tin Man and the Cowardly Lion on a pilgrimage to a new-fangled version of Emerald City, if less gay and more forbidding.

The Great Google is a giant lava lamp.

And it hath spoken:  Don’t come to us, we come to you, through your computer screen.  SO PISS OFF!

I stop short of sobbing as Dorothy had and, like a man, I accept handwritten notations from this woman about whom I must email.

Not actual named people, mind you, unless that person’s name is Support, which, in any case, seems like a sick lie.

Van Stein and I aren’t ones to easily give up.

I realize what we need, what we’re missing.

“We would like to buy a lava lamp,” I say to the counter woman.

She shakes her head.  “Not here.  The shop is for employees only.”

“We noticed.  Where in town can we find lava lamps?”

I look solemnly at Van Stein as if I’m Indiana Jones and I just discovered where the treasure is buried.  “Let’s go.”

As we pull out, two Google cars with roof cameras tail us.

We weave around until we intuitively uncover Google’s hub:  a clump of austere buildings a good quarter-mile from whence we’d started. 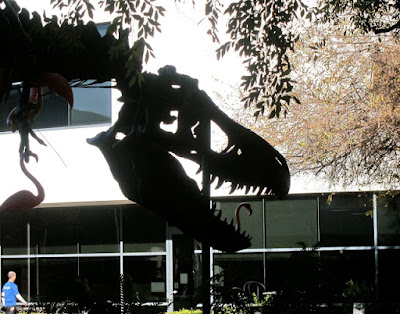 Again, no signs, just an amorphous, anonymous sprawl of steel and glass… until a Tyrannosaurus Rex feasting upon pink flamingos confronts us.

“They’re trying to scare us off,” I whisper.

The huge dinosaur has a pink flamingo in its mouth, ready to clamp its jaws. 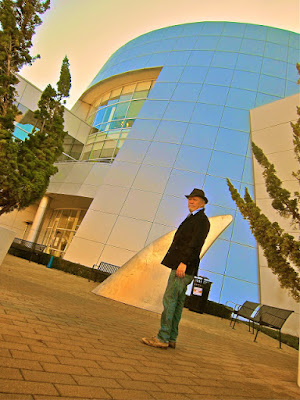 Not far from this exhibition of barbarity, a ten-foot tall stainless steel sculpture depicting the giant dorsal fin of a great white shark blocks our path.

Don’t cross this line or we’ll eat you!

Or maybe Google is the monstrous beast?

For true, many years before Google became the name of a search engine (and data storage facility), it was an ugly beast depicted in a foretelling illustrated children’s book by V.V. Vickers, published by Oxford University Press... 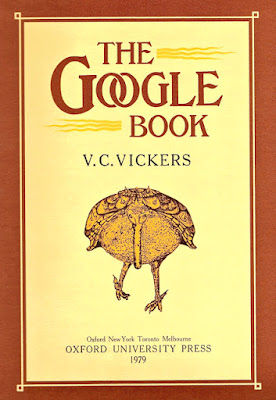 The Google Book is about a much-feared Google monster that resides in Google Land.


The monster does not appear until the last page. And when it does, it is with these words: 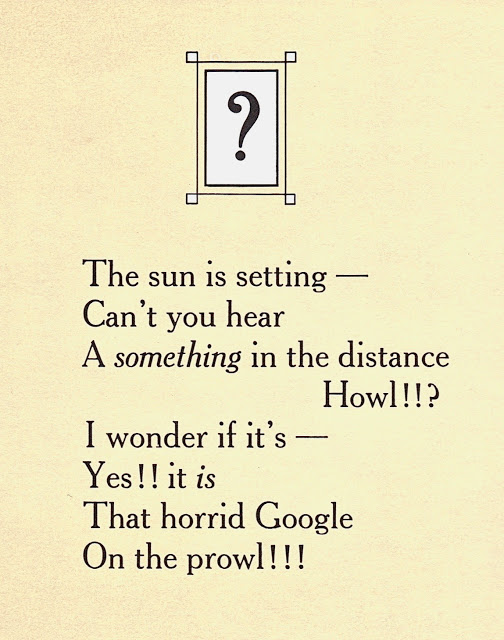 Unexpected visitors like us are worn down by total indifference and confusion, wilfully induced. 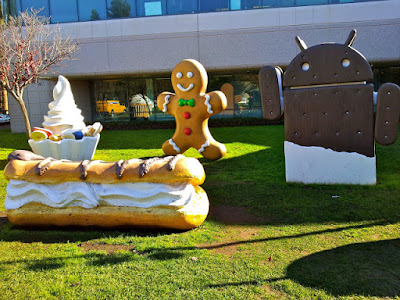 …accompanied by a transparent glass robot filled with jelly beans... or, more likely, oversize pills from Alice in Wonderland. 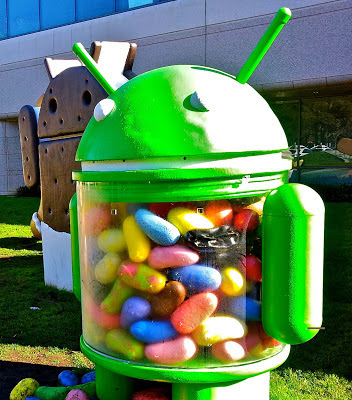 Don’t forget to take your meds!

Perhaps they are there to remind us we are inside a world of virtual reality coupled with modern society’s proclivity for over-prescribing psych drugs.

Yet we now at least know what we must find as a memento of our valiant effort to penetrate Googleland:

A lava lamp from Wal-Mart, where everything therein—and there’s a lotta stuff—comes from China.

And Google will probably know when we get there, because it recently extended its operations to collecting offline data (in addition to global mapping) about everyone’s shopping habits in malls.

Google apparently uses in-house collection resources, though I would not be surprised if they also buy data from merchants who keep a record of everyone’s purchases based on “club” memberships, which consumers are suckered into with the inducement of discounts.

Suitably Lava’d, we consult The Tablet and navigate to FaceBook headquarters, situated at Hacker Way in Menlo Park...

Posted by Robert Eringer at 9:36 AM