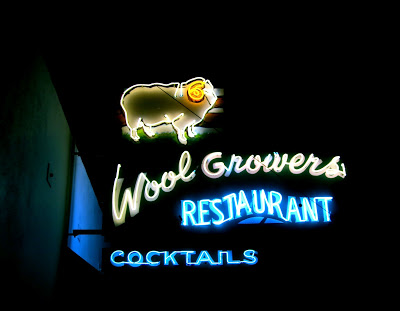 Bakersfield is known for its Basque restaurants because while the Armenians settled Fresno Basque immigrants aimed for the central valley and its fertile soil.

They like to raise sheep and grow stuff.
So Basque restaurants proliferated and still dominate Bakersfield's culture of cuisine.

The quintessential Bakersfield dining experience is said to be Wool Growers so that’s where Van Stein and I aim our sorry selves in need of stress relief and nourishment.

It is packed inside, a full hour’s wait, so we park on barstools and consult the Basque barkeep over a choice of libation. 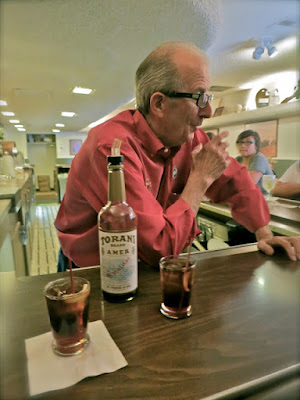 “Picon Punch,” he advises without hesitation.

This bitter orange aperitif favored by Basques is unavailable everywhere else in the United States.

Most tables are arranged banquet style.

It is the Basque way, everyone joining everyone else at a long table.

But not for Van Stein and me because when we’re summoned an hour later they lead us to a table for two, near the bathroom.

“What’s that about?” says Van Stein.

“All I know is, these Basques look just like the folks we saw in Andorra—ugly and misshapen.”

We had been to Andorra six years earlier, a brief detour to that godforsaken micro-state before looking up Salvador Dali’s spirit in Figueras, Spain.
http://www.clubhouseonwheels.com/2020/03/andor-ism.html


“I think what I’ve heard about Basques is correct,” I say. 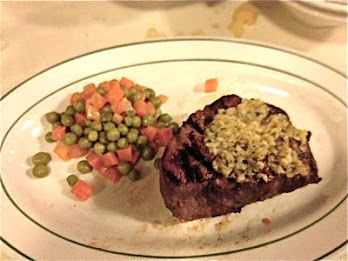 “They were dropped on this planet by a flying saucer a few centuries ago.  Apparently, their language has no resemblance to any other language on earth.  And look at them,” I whisper.  “They don’t exactly resemble humans.  Maybe a little, but that’s all.  They come from an alien planet.”


The only real choice for an entrée is this: beef or lamb. 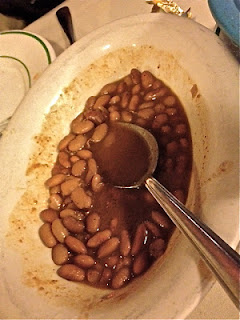 We go for the bull and get everything else thrown at us, including pickled tongue, cabbage soup and Basque beans.

This is alien fuel.

By the time we finish, we literally blast off.

Outside Wool Growers, darkness has fallen.
Van Stein and I roll back past the statue of Franceso Garces and onto Panorama Drive overlooking Oildale’s drilling fields, which are now eerily lit up with industrial lighting.
This time a nauseating odor far worse than before crawls up my nostrils and scratches my brain as the wind blows sand and grit into our eyes while we hike through gnarly shrubs to the “romantic” promenade overlooking a Boschian nightmare below.
“Yep,” grunts Van Stein.  “That’s my image.”
Gutsy wind fights us back as we attempt to reach the edge, monstrous weeds reaching up and pulling at our ankles to slow our pace as a prelude to being  bombarded with spores, which we record on our cameras, snagging them as unworldly digital images. 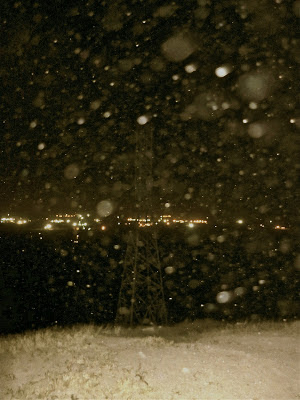 “What is it?”  Van Stein is astounded by these images.  “These aren’t orbs.”

The artist is accustomed to catching orbs—spirits or angels—in his shots.

“Valley Fever.  We’re looking at actual spores.”  I pause.  “And inhaling them.”

“Where does it come from?”

“The desert sand.  Wind kicks it up, along with all that drilling down there.”  I pause.  “Why do locals come here for leisure?” 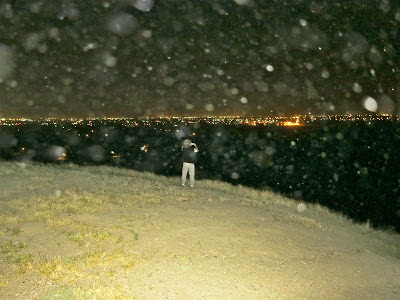 “They need it,” says Van Stein.  “It’s like a drug to them, they’re dependent on it, like that half-elk mutant we saw this afternoon.”

Van Stein snaps a few more shots and we beat a path out of there.  But the more steps we take, the further we seem from the road, as if breaking a law of nature.

It makes no sense to be lost, but we are.

“Must be a supernatural conspiracy to keep us here,” I cough.  “Choke us with Valley Fever.” 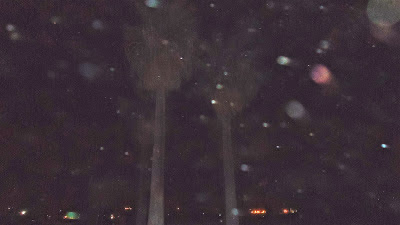 “This should’ve been an X-Files episode,” says Van Stein.  “They find us here in the morning with our lungs exploded.”

Van Stein flashes his camera to configure an escape.

“This way,” he commands.

Once we’re on the right track, weeds or shrubs or some kind of wicked growth reaches for my knees.  I kick around to loosen their grip.

We run in circles it seems, because, for all our effort, again we are on the precipice of feverish fields, trapped inside a Boschian nightmare.

“A syndrome with a French name.  It means, madness of two.  Clinically, it is a delusional state shared by two people who bolster each other’s twisted take on the world.  Like Randy and Evi Quaid and star-whackers.  Both parties feed off one another to further the delusion.”

“Let me get this straight,” says Van Stein.  “You’re saying that when we’re together we’re delusional?”

“But when we’re apart, there’s no delusion, it’s back to sanity?”

“That’s folie a deux.”  I pause.  “The only way to escape this delusion is to split up.”

Van Stein turns around.  “I’m going this way.”  He stomps off.

I gaze into the valley and see hundreds of devils and demons feasting on babies.

“Get the hell away from me!” I scream, but it’s too late, hell is upon me, devils and demons glaring up at me, falling over themselves to reach upward, snarling, arms outstretched, clawing toward me amid noxious fumes so heavy you can actually see them trying to get up your nose.

“Wait!”  I run after Van Stein and together we run, breathless, demons breathing down our necks as we reach the car and jump in.

“Déjà vu,” says Van Stein.  “This road is like a recurring bad dream.”

The light turns red and we sit for twelve minutes, keeping an eye out for demons and devils and rednecks in pickup trucks and alien Basques.

Van Stein shakes his head.  “We still have to do the ghosts.”

Posted by Robert Eringer at 9:14 AM