He raised his revolver and pointed it in my direction.

I gestured at myself with both arms.  “You’re going to shoot  the audience?” I said, somewhat amused.

I saw the flash from the barrel before I heard the blam!

And then all was dark.
It could have been a minute, an hour, a day later, when blackness slowly lightened to dark gray and then to a spinning light gray, which slowed until it stopped and I opened my eyes.

I was sitting, my head upon folded arms.  I looked up, found myself upon a stool at a bar—modern, minimalist, shades of red.

I looked around.  No one.

I looked down, held up my arms, checking to see if I’d been shot.  No blood, no pain.

Then a young guy appeared behind the bar, kind of scruffy in a tee shirt and baseball cap.

“But what the hell am I doing here?”

This amused the bartender.  “Whatever you say, boss. Where do you think you are?”

“Chicago,” I said.  “The Art Institute. Or may Greenwich Village."

Eddie smirked, shaking his head.  “I don’t think so.”

“How much did you have to drink?”

“Nothing!  I was looking at a painting.”

I peeked out the door and felt chill salt air massage my face.  I had a thought, turned around.  “What year is it?”

I poked back into the bar.  “Any chance of calling a taxi?”

Half a block away I climbed into his old clunker. It was colder inside than out.  “How long was I in your bar?” I turned to ask.

“Busy night,” he said.  “Went by like a blur.  Didn’t notice you till the place cleared out.”  He paused.  “You really think you’re in Chicago?”

Dreaming was the only thing that made sense, given the circumstances.

“I’ve seen a lot working that bar.”  The bartender shook his head.  “But this beats all.”  He pulled up in front of an eight-story building that looked like a prison. 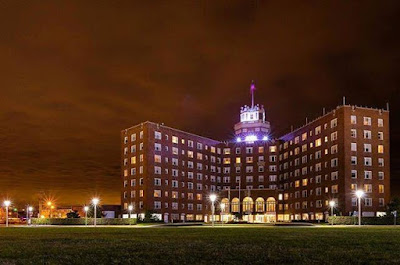 I entered the lobby.  It was lit low, no one around.  I smacked the desk bell.

A young guy came out.

“I just want to be clear about something,” I said.  “Am I in Asbury Park, New Jersey?”

He nodded, as if this was the one thing in life he was certain about.  “Yup.”

He eyed me suspiciously.  “Do you have a driver’s license?”

“Of course.”  I dug into my wallet, provided it.

He glanced at me, studied the license, back to me.  “Credit card?”

I handed him plastic, accepted a card key and made my way to a boxy room.  I got into bed, convinced I would wake up in Chicago.
Upon awakening, I found myself in the same boxy room.

I showered, dressed myself in yesterday’s grubby clothes and buzzed down for the hotel to phone a taxi.

“Where are you going?” 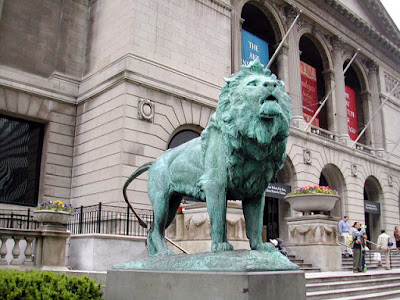 By mid-afternoon I was back in Chicago.  I cabbed directly to the Art Institute and consulted the young woman at Admissions.
“I want to know about your Nighthawks exhibition,” I said.

“The Hoppers are in the American department.”  She grabbed a map.

“No-no-no-no-no.  I want to know about the special Nighthawks deal, virtual reality, where you think you’re in the painting and it feels like real life.”

She shook her head.  “I don’t know anything about that.”

“Is there somebody else who knows?”

She shrugged.  “You can ask when you get to the American department.”

I followed my footsteps of the day before until I stood in front of Nighthawks.

This time I stood further back.

I studied it for a minute before walking over to a security guard standing nearby.  “How do I activate the hologram—or whatever it is that gets you inside that painting?”

“You know, virtual reality, or whatever it is.”

He looked at me blankly.

“Who’s in charge of this department?”

He shrugged.  “Ask the front entrance.”

I returned, got the runaround, until the curator’s assistant came out to see me.

“I really think I’m owed an explanation,” I said to her.

She smiled sweetly.  “For what?”

“For what you do with your Nighthawks painting by Edward Hopper.”

“You know, your virtual theme thing—is it a hologram?”

“Is what a hologram?”

“The thing you do with Nighthawks?”

She looked deep into my eyes, as if trying to detect madness.

“I’m not crazy,” I said.  “Something happened while I was here looking at Nighthawks yesterday, and I assumed it had something to do with a museum innovation.”

“It was as if I’d entered the painting. I was there, in the diner.  It was amazing.  A great show.  Now I feel like I know what Hopper was thinking when he painted it.  So it seemed to me it was an educational tool.  But I did not appreciate waking up in Asbury Park, New Jersey.”

She shook her head.  Clearly, she thought I was nuts.  “I don’t know what you’re talking about.”

“No.  We have no such thing here.  Sometimes people become so absorbed by a painting they can actually feel like they’re part of it.”

“But they don’t wake up in Asbury Park, New Jersey,” I said.

I stood, dumbfounded for fifteen seconds.  Then I turned and aimed myself back to the American department.

“But I paid admission!” I protested.

“I’ll take you back for a refund.”

The Admission’s gal handed me eighteen dollars in cash, and the security guards watched me depart.
Posted by Robert Eringer at 8:23 AM