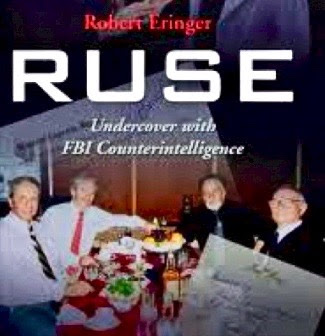 This gem was revealed within declassified FBI documents in response to a Freedom of Information Act request. 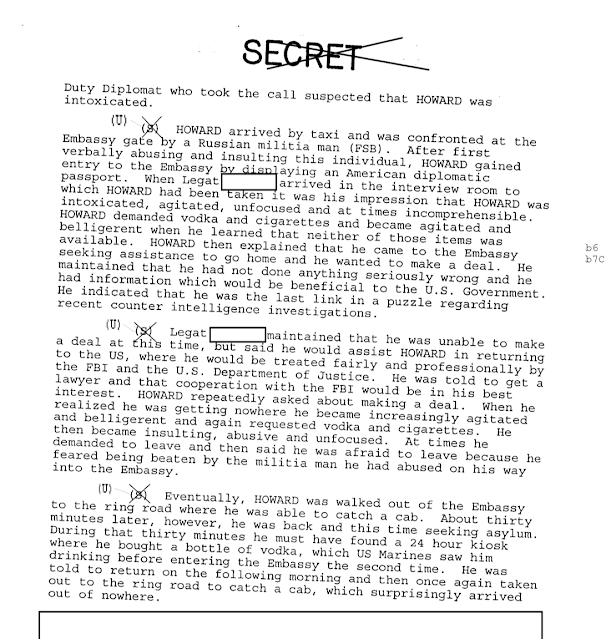 The above event quite likely sealed Ed Howard's fate.

His name was Edward Lee Howard and he liked to define himself as the only intelligence officer trained by both the CIA and the KGB.

Howard had resided in the Russian capital since 1985—the the so-called Year of the Spy—when he, about to be arrested for selling CIA secrets to the KGB, fled the United States and defected to the Soviet Union.

The explanation given by Russian authorities to Howard's ex-wife, Mary, and college-age son, Lee, both of whom lived in the United States, was this:

Their drunken ex-husband/father tripped on concrete stairs leading to the laundry room of his dacha (country home) and broke his neck.

Problem:  There were no stairs leading to Howard's laundry room, adjacent to his ground-floor kitchen.

Posted by Robert Eringer at 1:50 PM