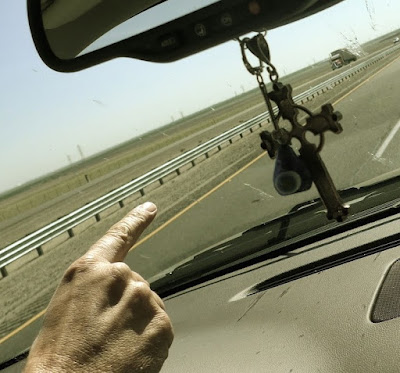 Judas, nearby, stirred.  He wanted his thirty pieces of silver.

“I must accept my fate,” said Jesus.

"What are you, some kind of masochist?"

“No.”  Jesus drilled his eyes into mine.  “I had a vision of your arrival.  I cannot allow you to change history.  I know what we must do.”

The apostles twitched with excitement.

“We will do as you say after my crucifixion,” said Jesus.  “So if you don’t mind, I have a Eucharist to conduct.”

When Jesus was done with His last supper and Eucharist, I watched in the Garden of Gethsemane as Judas betrayed Him with a kiss and then as one of His disciples drew a sword and cut off the ear of one of the Romans on hand to arrest Him.

(It reminded me of when Paul Gauguin severed Vincent van Gogh’s earlobe.)

Jesus turned on his disciple and rebuked him for violence.  “All who live by the sword shall die by the sword.”

And I watched Jesus led away.

The next thing I recall was Jesus standing before Pontius Pilate, who adjudicated the matter.

Pontius announced that Jesus had done nothing wrong and was innocent of all charges brought against Him—and then condemned Him to death by crucifixion.

Next thing, I looked up and saw Jesus nailed on the crucifix, a crown of thorns upon His head to mock His claims. 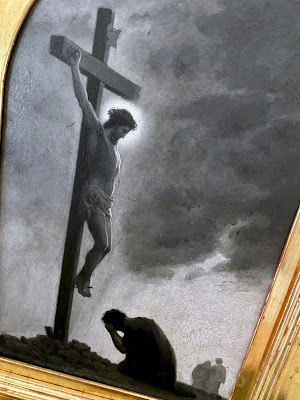 The sky began to darken, and the earth rumbled, as if experiencing an earthquake.

A voice instructed me to look down.  I did. And I saw a silver cross about four inches long on the ground beside me.

“Pick it up,” the voice instructed.  “All twenty-one grams of me.”

“Put me in your pocket,” said the voice.

“You were declared innocent,” I said, recognizing the voice.  “So why did you get the death penalty?”


“People in authority don’t like to be challenged,” replied the voice.  “Church and state prefer status quo hypocrisy—it’s more comfortable for them.  Plus politicians always play to a crowd.  Ready?  Let’s get on with power and glory.”

I opened my eyes feeling somewhat serene—and immediately faced my old friend, Eddie the bartender, in Wonder Bar, Asbury Park, New Jersey.
He looked at me with sore eyes, flicking them back and forth between a person to my left and myself.

The bartender shook his head crossly at me.  “You can’t bring him in here!”

“Are you kidding?” I said with incredulity.  “Do you know who He is?”

“Doesn’t matter.  I’m under strict instructions not to allow homeless people in this bar, under any circumstances.  I’ll lose my job, boss.”

The bartender cut me off.  “Where do you live?” he demanded of the figure.

“Wherever the will of God takes me.”

The bartender glared at me.  “Ya see?”

“Go ahead, “I said to the figure.  “Introduce yourself.”

“I don’t have time for this!” snapped the bartender.  “Okay, I give up, who the hell are you?”

“I am Jesus of Nazareth.”

The bartender rolled his eyes.  “Okay, Jesus—time to go.”

“I give up.”  Eddie turned to grab something and plunked a pitcher onto the bar.  “If you’re really Jesus Christ, Our Lord and Savior, turn this water into wine for me.”  He poured water into a glass set it before the bearded figure.

The bartender put the glass to his lips, sipped.  “Water.”

The figure shrugged.  “I guess I’m a little rusty.”

“That’s good.”  The bartender snickered.  “A little rusty.  You could do stand-up, man.  The ocean’s that way.”  He pointed with his thumb.  “So please leave quietly and go walk on it.”

A minute later, Jesus and I stood on the corner of Fifth and Ocean. It was just past three in the morning.  He plucked a shot glass from his robe.

The figure nodded.  “I always said I’d arrive like a thief in the night.”  He looked up.  “Thank you, Father.”

I looked up and saw a moon face with a toothy smile, a cross between Howdy Doody, blue eyes and high arched eyebrows, and Alfalfa—the middle-part haircut—from The Little Rascals. 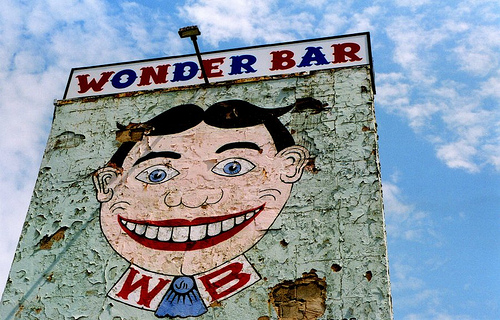 “I’d like to take you to meet Dr. Stendahl, my psychiatrist.” I said.

“What do you think?”

“I’m not sure what to think anymore.”

“Do you believe you are real?”

I looked down at my feet, checked the palms of my hands and held them to my face, not unlike Bizarro in The Scream.  “Yes.”

“Do you believe that what you have done is real?”

“Without you, I would not have arrived here."

“Does that make me sane?”

“Maybe, maybe not.  There are principles of the universe we are not clever enough to understand.  You should look at this—you bringing me here—as a miracle that cannot be explained.”

“What if you’re not real,” He replied, “but just a character in a story that’s supposed to guide me to my Second Coming?”
##### 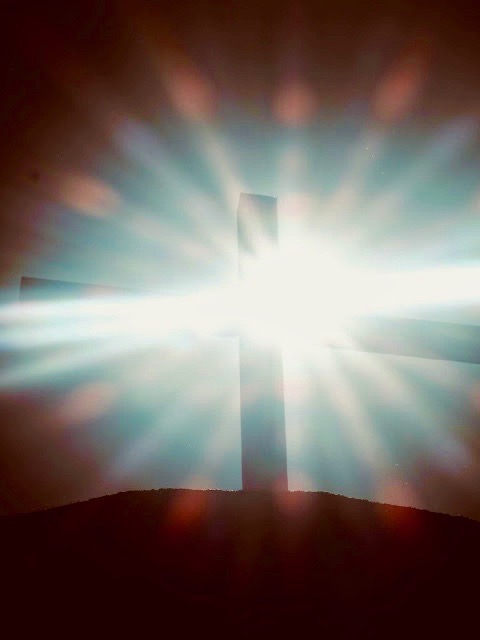 Posted by Robert Eringer at 8:52 AM