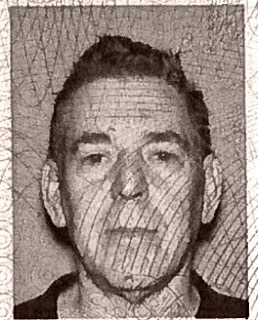 With antiquated copyright laws (in the age of social media) still on the books, there has never been a better time for ne’er-do-well photographers (often untrained, more likely self-proclaimed) to eke a dishonest living from scamming people with offers of “free” (supposedly gifted) photographs.

Bloomberg.com recently reported on this new phenomenon, focusing on a “rock photographer” named Larry Philpot who, instead of seeking publishers for his pics, trolls for copyright infringements with the express objective of extracting legal settlements from unwitting victims.

Philpot, who declined to comment, is little known among photojournalists, though he’s notorious among free-speech advocates who accuse him (and others like him) of pulling off what essentially is a racket. “It’s totally legal,” says Chip Stewart, a lawyer and professor at Texas Christian University. “It’s just evil.”

In a paper—Rise of the Copyleft Trolls—presented this year to the Association for Education in Journalism and Mass Communication, Professor Stewart documents 30 such cases of photographers who engage in this pernicious practice.

Which brings us to TC Reiner, a photographer who operates his pitiful predatory ploys right here along the American Riviera.

The fake persona begins with his name.

Reiner Edmund Schmegner was born almost 64 years ago in Germany and grew up in Cape Cod, Massachusetts.

But it was in Santa Barbara, he discovered long ago, that he could most easily prey upon people because of the area’s general affluence in addition to an abundance of models and actors (actual and wannabe) likely to be interested in photographic services.

Three years ago, Schmegner had not legally changed his name to “TC Reiner” (TC supposedly stands for Thomas Craig) but nonetheless was operating under this made-up moniker. He had a bank account in the alias of “TC Reiner” but no DBA to support it, even though doing business in the State of California under a fictitious name is improper. Nor had he ever paid for a license to conduct business in the City of Santa Barbara and, instead, hid himself behind a post office box on The Mesa.  Nor did he declare on his copyright registration, as required, that the name “TC Reiner” was an alias.

“TC Reiner” also filed many copyright lawsuits under his fake name, which, when discovered by his lawyer, Michael Harris, Esq., resulted in Mr. Harris bailing on him, writing to the court: “I told Reiner the firm intended to withdraw… he requested I remain counsel until the court rules on pending motions. I refused.”

This is how, in our informed opinion, Schmegner’s scam works:

Posing as a “fashion photographer” as he may have once tried to be, this conman offers to take your photograph as a “gift.” Then, without your permission or knowledge, he registers your image as his copyright—or argues it is already copyrighted by law.

He then waits and watches, trolling the Internet for “unauthorized usage.”

You didn’t sign a contract for receiving a gift, right?

But now that you—or someone else—has posted the pic to social media, Schmegner stakes his claim for copyright violation.

And what a stake these scumbags attempt to claim!

Bloomberg, again: These suits are intimidating but they’re not meant to go to court. Philpot asks for—and receives—default judgments when targets don’t respond. When they do, he’ll offer to accept a much lower payment, sometimes as much as $40,000.

Yes, these copyright conmen count on the presumption that most people don’t want to get stuck in the expensive judicial web (scammers themselves use contingency lawyers, of the dirt-bag variety, who cost them nothing other than a healthy split of the kill).  Hence, these scammers (and their scummy lawyers) are accustomed to victims paying them off just to see the back of them—what is known as go away money.

Schmegner has a track record for such evil, having filed a number of copyright complaints throughout the United States. There are too many to list here, just search “TC Reiner, lawsuits” on the Internet and you will get the picture (excuse the pun—but not  Schmegner).

At our request, Professor Stewart took a look at “TC Reiner’s” legal trail: “He’s not exactly the same kind of problem as Larry Philpot because he’s not high volume. His behavior is certainly odd and creepy copyright litigious behavior, enabled by the overly heavy-handed copyright laws in this country.”

SBCC & HUNTING FOR PREY IN MONTECITO

“He had a sob story and lacked money,” says Thomas Van Stein, an adjunct professor at SBCC. “I introduced him to the director at Continuing Education and got him a teaching job. He seemed to have a problem enrolling students and his class appeared to be a flop.”

A regular patron at The Honor Bar in Montecito: “TC Reiner would drop in on our social Friday evening cocktail hour. Everyone knew he was creepy, leaning over people, rarely taking a barstool, rarely ordering anything but tap water, lisping his way into someone’s conversation. But no one realized he was a predator hiding behind an alias.”

Said another: “TC Reiner asked me if I would introduce him to [wealthy] people at Polo. I thought this was rather cheeky and told Reiner I didn’t know him well enough for that.”

Said a third: “He offered to photograph my wife and said he would rent a Rolls Royce as a backdrop for the occasion. We declined.”

The good news, according to Professor Stewart, is that the courts have recently been expressing “a general distaste” for this sort of legal shakedown.  “They are finding creative ways,” he wrote, “to apply the fair use doctrine to protect unwitting users facing lawsuits that could break them financially.”

Suffice to say, an ounce of prevention is worth a pound of cure.

Consequently, if “TC Reiner” (or Reiner Schmegner or whatever he calls himself these days) or any photographer offers you a free photo session as a gift… RUN!

Posted by Robert Eringer at 5:55 PM