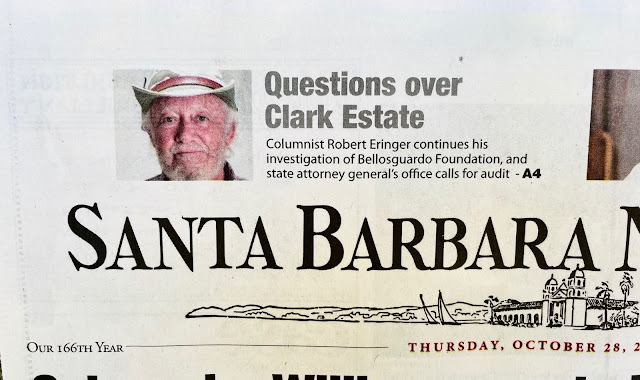 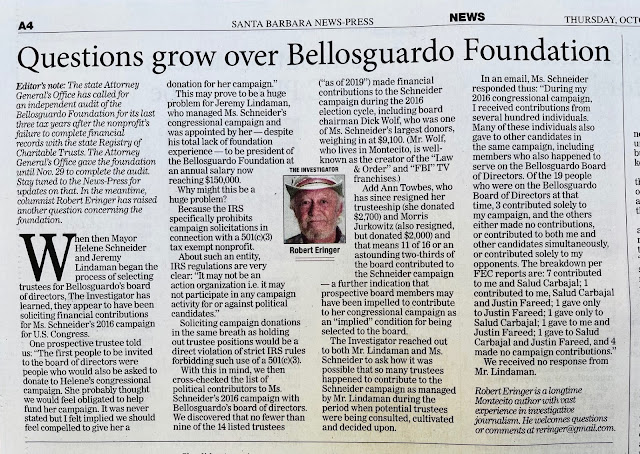 When then Mayor Helene Schneider and Jeremy Lindaman began the process of selecting trustees for Bellosguardo’s board of directors, The Investigator has learned, they appear to have been soliciting financial contributions for Ms. Schneider’s 2016 campaign for U.S. Congress.

One prospective trustee told us: “The first people to be invited to the board of directors were people who would also be asked to donate to Helene’s congressional campaign. She probably thought we would feel obligated to help fund her campaign. It was never stated but I felt it was implied we should feel compelled to give her a donation for her campaign.”

This may prove to be a huge problem for Jeremy Lindaman, who managed Ms. Schneider’s congressional campaign and was appointed by her—despite his total lack of foundation experience—to be president of the Bellosguardo Foundation at an annual salary now reaching $150,000.

Because the IRS specifically prohibits campaign solicitations in connection with a 501(c)(3) tax exempt nonprofit. 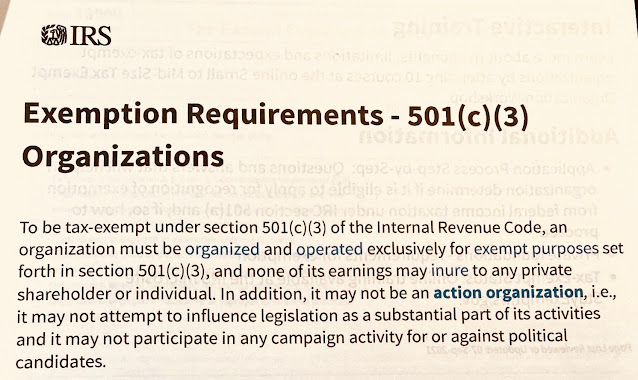 About such an entity, IRS regulations are very clear: “It may not be an action organization i.e. it may not participate in any campaign activity for or against political candidates.”

Soliciting campaign donations in the same breath as holding out trustee positions would be a direct violation of strict IRS rules forbidding such use of a 501(c)(3).

With this in mind, we then cross-checked the list of political contributors to Ms. Schneider’s 2016 campaign with Bellosguardo’s board of directors. We discovered that no fewer than 9 of the 14 listed trustees (“as of 2019”) made financial contributions to the Schneider Campaign during the 2016 election cycle, including board chairman Dick Wolf, who was one of Ms. Schneider’s largest donors, weighing in at $9,100.

Add Ann Towbes, who has since resigned her trusteeship (she donated $2,700) and Morris Jurkowitz (also resigned, but donated $2,000) and that means 11 of 16 or an astounding two-thirds of the board contributed to the Schneider Campaign—a further indication that prospective board members may have been impelled to contribute to her congressional campaign as an “implied” condition for being selected to the board.

The Investigator reached out to both Mr. Lindaman and Ms. Schneider to ask how it was possible that so many trustees happened to contribute to the Schneider Campaign as managed by Mr. Lindaman during the period when potential trustees were being consulted, cultivated and decided upon.

We received no response from Mr. Lindaman.

Posted by Robert Eringer at 9:11 AM