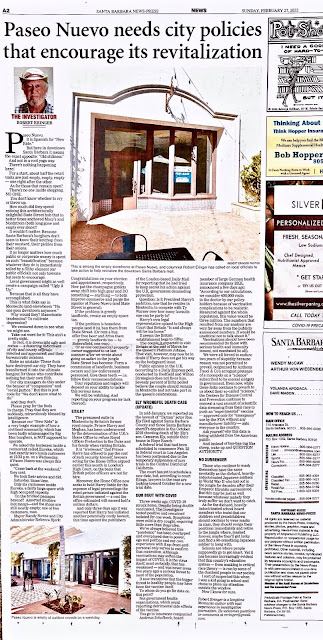 It is Spanish for “New Ride.” 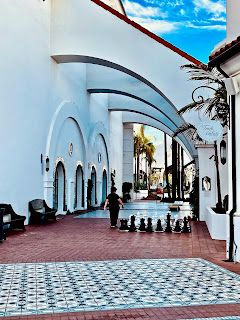 But here in downtown Santa Barbara it means the exact opposite: “Old stillness.”

And not in a cool yoga way.

For a start, about half the retail units are just empty, empty, empty—one right after the other.

As for those that remain open?

There’s no one inside shopping. NO ONE.

You don’t know whether to cry or throw up. 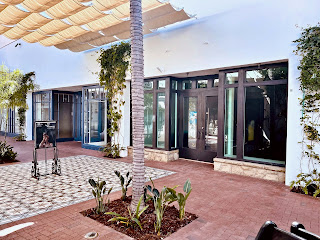 How much did they spend redoing this architecturally delightful State Street hub that in better times anchored Macy’s and Nordstrom (both long gone and empty ever since)?

Because Santa Barbara’s burghers don’t seem to know their ketchup from their mustard, their pickles from their onions.

It no long matters how much public or corporate money is spent on such “beautification” because whatever they do is immediately soiled by a filthy element our public officials not only tolerate but seem to encourage.

Local government might as well create a campaign called “Ugly it Up.”

Because that is all they have accomplished.

This is what folks say in Montecito (and elsewhere): “No one goes downtown anymore.”

Why would they? Masochistic tendencies? To cultivate depression?

We ventured down to see what we might see. 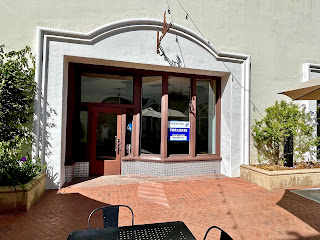 Take our word for it: This ain't a pretty sight.

In fact, it is downright ugly and rotten; a festering indictment of city and county officials (elected and appointed) and their bureaucratic minions.

Make no mistake: These fools have destroyed our city; have transformed it into the ultimate hangout for those who contribute nothing but their own filth.

Our city managers do this under the banner of “compassion” and “social justice.” But this is just code for “We don’t know what to do.”

Please pray for the fools in charge. Pray that they are suddenly, miraculously blessed by intelligence.

Because our “New Ride” is a very tragic example of how a civilized community, which has been badly mismanaged by Big Mac burghers, is NOT supposed to operate.

We asked the hostesses inside a restaurant called Eureka, which had exactly zero lunch customers at 12:33pm on a Wednesday, if Paseo Neuvo was always this quiet.

“Come back at the weekend,” they said.

We took their advice and did.

Only six customers inside Eureka, a fairly large space with high occupant capacity.

On the bricked passages beyond?  Assorted strollers (not many)—and the shops are still mostly empty; one or two customers, max. 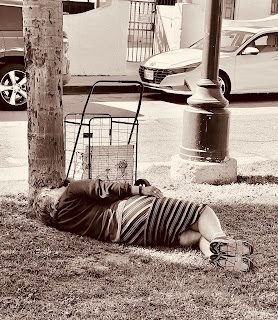 Mayor Randy Rowse and City Administrator Rebecca Bjork: Congratulations on your election and appointment, respectively. Now put the champagne goblets away, shift into high gear and DO something—anything—to both improve commerce and purge the squalor at Paseo Neuvo (and State Street in general).

If the problem is greedy landlords, create an empty-space tax.

If the problem is homeless people (and it is), ban them from State Street. (Or rent a bus, offer free beer and drive them—greedy landlords too—to Bakersfield, one way.)

Or as one commercial property owner suggested to us last summer after we wrote about going on safari in the jungle State Street has become: Form a commission of landlords, business owners and law enforcement personnel. Give them teeth i.e. follow their recommendations.

Your reputations and legacy will depend on your ability to tackle this serious issue.

We will be watching. And reporting on your progress (or lack thereof).

The presumed exile in Montecito by Britain’s former royal couple, Harry and Meghan, has been underscored by the determination of the UK’s Home Office to refuse Royal Officer Protection to the Duke and his family when visiting Britain.

It is “irrelevant” that Harry has offered to pay the cost of such security himself, lawyers acting for the Home Office argued earlier this month in London’s High Court, on the basis that British police officers are not for hire.

Moreover, the Home Office now seeks to hold Harry liable for the expense of legal proceedings the rebel prince initiated against the UK government—a cost they estimate will exceed half a million dollars.

And only three days ago it was reported that Harry has initiated another potentially costly lawsuit, this time against the publishers of the (UK) Daily Mail for reporting that he had tried to keep secret his action against the UK Government demanding protection.

Question: Is it Harry’s ambition, now that he resides in Montecito, to compete with Ty Warner over how many lawsuits one can be party to?

Harry’s own legal representative opined to the High Court that Britain “is and ways will be his home.”

It seems the British establishment begs to differ.

The couple is expected visit Britain at the end of March for the Queen’s Platinum Jubilee. That visit, however, may now be in doubt if Harry does not get his way on the bodyguard issue.

Public opinion in the UK (according to a Daily Express poll, conducted by Redfield and Wilton Strategies) does not favor him; 70 percent of Brits polled believe the couple should remain in Montecito and not take part in the Queen’s celebrations.

In mid-January, we reported on the lawsuit Tarzan actor Ron Ely filed against Santa Barbara County and three Santa Barbara Sheriff’s Deputies in the October 2019 shooting death of Mr. Ely’s son, Cameron Ely, outside their house in Hope Ranch.

A trial that had been scheduled to commence February 22nd in federal court in Los Angeles has been postponed due to the temporary suspension of jury trials in the Central District of California.

The Court has yet to schedule a new date but, according to Court filings, lawyers in the case are looking toward October 2022 for a new trial date.

OUR BOUT WITH COVID

Three weeks ago, COVID struck home. Despite being double vaccinated, The Investigator tested positive and remained isolated for one week. Symptoms were mild (a dry cough), requiring little more than ibuprofen.

We’ve always believed this “pandemic” has been over-hyped and overplayed due to power, ego and politics and our own experience with it up-front-and-personal only serves to confirm that contention. Although vaccinations may soften the impact of COVID it is the virus itself, most certainly, that has weakened—and was never (even two years ago) a serious threat to most of the population.

It now transpires that the bigger threat to healthy people may have been the vaccine itself.

To whom do you go for data on this point?

Not government health organizations, which avoid reporting detrimental side effects of the vaccine.

You go to insurance companies!

Andreas Schofbeck, board member of large German health insurance company BKK, announced a few days ago: “According to our calculations, we consider 400,000 visits to the doctor by our policy-holders because of vaccination complications to be realistic. Measured against the whole population, this value would be three million. The numbers that resulted from our analysis are very far away from the publicly announced numbers. It would be unethical not to talk about it.”

Vaccinations should have been recommended (to those with serious health and immunity issues), not mandated (to all).

We were all forced to endure two years of stupidity because reason was not permitted to prevail, out-gunned by Fauci & Co’s arrogant pretense of a monopoly on a “science” subscribed to by mental midgets in government.

Even now, while these folks continue to preach to us about their so-called “science,” the CDC continues to conceal a vast amount of scientific data stemming from their race to push an “experimental” vaccine—approved only for “emergency” use by the FDA without any manufacturer liability—onto everyone in the country.

Ask yourself why this data is being withheld from the American public.

And instead of baa baa-ing like sheep, wake up and QUESTION AUTHORITY. 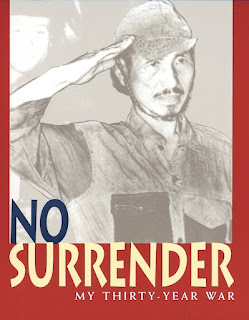 Those who continue to mask themselves have the same mentality as the diehard, heavily-indoctrinated Japanese soldiers in World War II who hid out in the jungle for decades after their Emperor Hirohito surrendered. But this may be just as well because whatever malady they truly suffer we don’t want to catch.

As for the diehard, heavily-indoctrinated School Board members who insist that our children and grandchildren should continue to wear masks in class, they should resign their positions immediately and retire to the jungle where, masked forever, maybe they’ll get lucky and find a 90-something Japanese soldier to hang with. (And please—Karen and Ken—don’t come back. Ever.)

Schools are where people supposedly go to get smart. Yet it has become increasingly evident that this country’s education system—from masking to Critical Race Theory—is run by some of the dumbest people in our society.

I sort of suspected this when I was a kid going to school and chose to place my attention outside the window.

Now I know for sure.