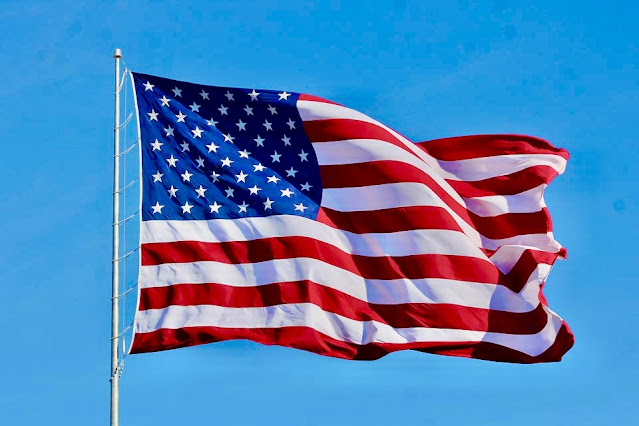 Independence Day was never more meaningful than when I was a mid-teen.

From the age of 15 through 19 (and beyond), I lived in a foreign country where no July 4th celebrations took place.

Worse, that foreign country was Great Britain, for which American independence was a commiseration, not a celebration. The Brits, having lost their North American colonies to revolutionaries 200 years earlier, scoffed at such a holiday—while continuing to refer to we Americans as “colonials.”

Which meant we teens had to work hard to celebrate US independence, rendering July 4th more essential to us. 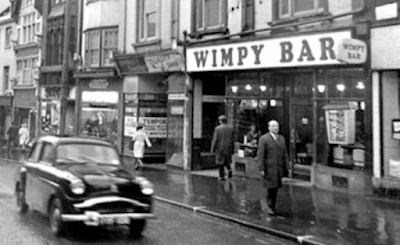 Making matters worse, there were no hot dogs in Britain back then. And the only hamburgers available were sad specimens of beef offal garnished with grease from a droll chain called Wimpy.

But it hardly mattered, anyway, because the Brits had not yet discovered the art of barbecuing.

And no parade, either.

This sad situation only served to make we expats more American.

We were forced to put a large amount of effort into retaining our identity as Americans, to things that—in our minds— made us feel American.

In those days, that meant loading up on Levi’s blue jeans, Frye harness boots, CPO jackets and flannel shirts during the obligatory stateside summer vacations, along with an assortment of snacks—Hershey bars, Skippy peanut butter, Oreo cookies, etc.—all unavailable in the UK back then.

Popularity among teens at American schools in London was based on who had the most regular access to such garments and snacks.

Quite literally, we clung to our American-ness. We fought for our American independence against a foreign culture that would otherwise consume us with generic “Bank Holidays.”

My friends and I attended The American School in London, which provided us some sense of identity.  But by the time July rolled around our campus bolted shut for the summer, and we were on our own in a star & stripe-less setting. 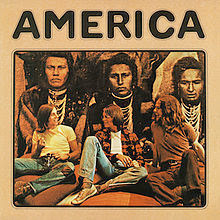 Ever wonder why three American teens from Bushy High (the U.S. military-brat school in London’s far-off suburbs) called the band they formed America and sang longingly about “the free wind blowin’ through your hair” cruising Ventura Highway?  Now you know.

In June 1971, reinforcement arrived in the guise of the Hard Rock Café, an American burgerie modeled on the Finger Diner in Memphis, Tennessee (not, back then, the rock ‘n’ roll-themed emporium it would morph into a decade later after The Who’s Pete Townshend spontaneously hung his guitar on the wall). 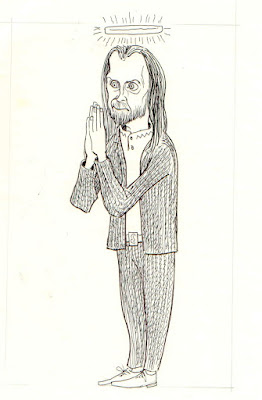 It was founded by Peter Morton and Isaac Tigrett, a marriage made in Burgerland: Peter, the tightly focused businessman; Isaac, the mystical dreamer and devotee of Indian guru Sai Baba. Peter was serious; he could be found in the kitchen counting steaks. Isaac, never serious, could not be found. He once stood before British traffic court judge, who asked him, “Didn’t you see the arrows?” and Isaac answered, “My man, I didn’t even see the Indians!” Then he invited everyone back to the Hard Rock for a drink.

Finally, we homesick teens could order a genuine American hamburger and wash it down with a genuine chocolate milkshake. Even better, for those of us who looked at least 16, the wash-down could be with the beer that made Milwaukee famous.

Not surprisingly, such clinginess to everything American bestowed upon us a keen appreciation for our country and its culture, which we recreated for ourselves every chance we got, every way we could.

Such thinking may have even shaped my decision to attend university in our nation’s capital.  Arriving there in 1975 after having just read Gore Vidal’s novel, Washington, D.C., awed me to my core, enamored as I was by politics, intrigue and media.

The monuments. The memorials. The White House.

To me, every day in DC felt like July 4th.

And I guess that’s my point: You don’t have to restrain your patriotic pride to one day of the year; you can celebrate the spirit of what it means to be an American all year round.

Which leads to this question: What DOES it mean to be a citizen of the United States?

For a start, you have a vote.

Your vote is so precious that political parties and special interest groups (and the intelligence services of hostile foreign countries) spend tens of millions of dollars every election cycle trying to influence it. They try to buy votes, sometimes try to steal them. That’s how valuable your vote is. So, don’t ever take your vote for granted or let it go to waste. Educate yourself on candidates and issues and use your vote on what and who you believe in.

You live in an enduring democracy.

Sure, conflict exists, but with democracy comes adversity, and the adversity we witness (openly, for we welcome freedom of expression) is tempered by a system of checks and balances, advise and consent, to ensure that our high-powered locomotive, always in motion, does not go off the rails.

Ours is the only country in the world where people of multiple races, nationalities, ethnicities and religious or spiritual or agnostic beliefs coexist mostly in peace.

And if you don’t believe that, witness the millions of people around the globe that aspire to renouncing their unstable and often unsafe homelands so that they may to take up residence in the United States, most of them willing to swear an allegiance and become citizens.

Maybe it takes living outside the USA for a while to truly appreciate what we’ve got here, best articulated by the gravelly-voiced troubadour Tom Waits in a line from San Diego Serenade: “I never knew my hometown until I stayed away too long.”

Raise the flag, hand over heart.

This union of ours is not perfect. But, as conceived by a group of illustrious forefathers blessed with idealism, intelligence, and foresight, it represents one of the fairest, most decent forms of government ever created.

NOW THE OTHER SIDE OF THE COIN

Vladimir Putin has our number. He takes us for a bunch of fools and, we’re sorry to say, he has a point. We care for six weeks about the plight of women and children in Ukraine and then our attention span (which is how our corporatized/politicized media train us, good dog) drifts like a gnat’s brain to much more important stuff…  like the Kardashians. Or Amber Heard, who is not old or mature enough to understand that, once a jury rules, the losing party is cooked, digested, and blown out the back end. (Precious few appeals ever prevail.)

In other words, Mr. Putin has patience and we (as a society, a culture) do not.

China’s Xi Jinping also has our number because the Chinese, especially, are renowned for their patience. And that is why we, as a declining society/culture, have much to be concerned about going forward.

Let us explain to y’all a simple truth: He/she who can wait it out usually wins.

If the people in this country do not get their act together, we will be devoured whole; decimated by forces of evil we have been fortunate to stave off if largely because of our geographical isolation i.e., the two oceans that have protected us from bad players.

But the world is smaller now and the reach of hostile nations is growing ever stronger, exponentially, all the time.

And all the while we get dumber and dumber. We glorify in stupidity, in dumbness. Witness movies like, well, Dumb and Dumber. Add Wayne’s World and Idiocracy. Duh. Our Hollywood-driven culture’s love affair with dumbness has made it fashionable to be imbecilic.

Get this straight:  Smart is what’s cool. Dumb is a cow pie. You like cow pies?  If you do, stay stupid, and waste your life worrying about whether public lavatories can be used by both genders and other such nonsense designed to distract.

Listen, before it’s too late: Your government/country has become severely weakened to the point that it—your world, sorry to say—can be conquered. And when this happens it will be because stupid always loses.

Years ago (almost 50) Professor Carroll Quigley of Georgetown University expressed his puzzlement to me (in the privacy of his office) about why nobody cared anymore. 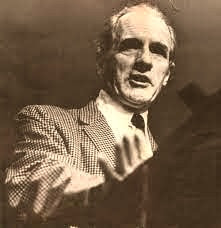 They were distracted, he told me, by televised sports. “The new opium,” he opined.

Dr. Quigley seemed to suggest this was no accident. He wasn’t sure, but it worried him that he might be right. As a teacher, he was concerned about how the new reality, as he perceived it then, would affect the future.

If still alive (he passed in 1977), he would be horrified to see he was right.

His words have remained with us all these years as televised sports and celebrity-spouted twaddle have distracted us from the truly important issues in life. If we are to survive this century as a society, a culture, a nation, we need to be focused on what really matters and not allow the powers that be to throw us off track with trivialities.

Posted by Robert Eringer at 6:34 AM