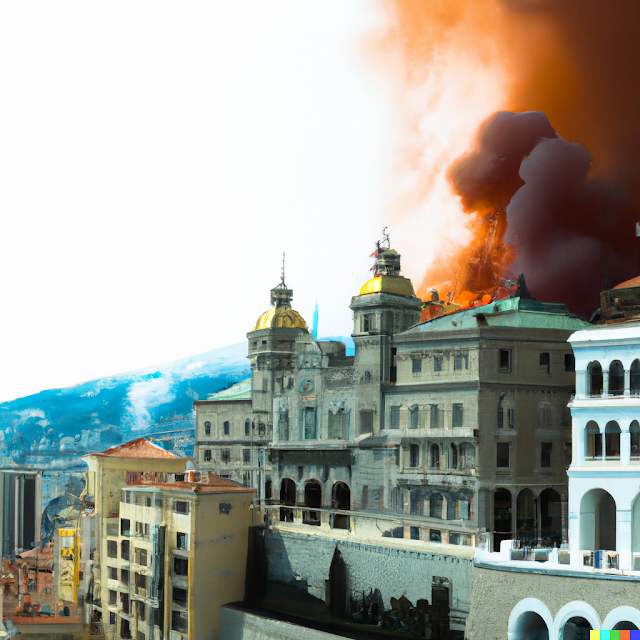 EASTON — A Roman Catholic priest and former confidant of the royal family of Monaco was sentenced Monday to more than three years in prison for accessing a trove of thousands of pornographic images of children.

The Rev. William McCandless — a member of the Wilmington-based religious order Oblates of St. Frances De Sales — first came to to the attention of U.S. authorities after a stash of illicit photos and videos was discovered while he was stationed in the tiny nation on the French Riviera and working as an adviser to Princess Charlene, the wife of Monaco’s royal sovereign, Prince Albert II.

Known as “Father Bill” in the country’s tabloid press, he became a fixture in coverage of the princess, who was said to have considered him one of her closest friends after her marriage to Prince Albert in 2011.

He was reportedly among those at her bedside when she gave birth to the couple’s twins in 2014 and attended their baptism, along with the nation’s then-archbishop, Bernard Barsi.

On his computer, they found evidence of repeated visits to sites hosting pornographic images of children and sexually charged stories glorifying in explicit terms the abuse of young boys, said Assistant U.S. Attorney Sherri A. Stephan.

Agents also discovered that after McCandless had learned of the investigation in Monaco months earlier, he searched the internet for advice on “how to get stuff off the cloud,” “how to get off the grid,” and “how to disappear completely.”

McCandless had exposed another palace official’s involvement in attempts to extort people seeking residency cards allowing them to live in Monaco.

Given Prince Albert's proclivity for perverted sexual practices, this connection is somewhat disturbing.