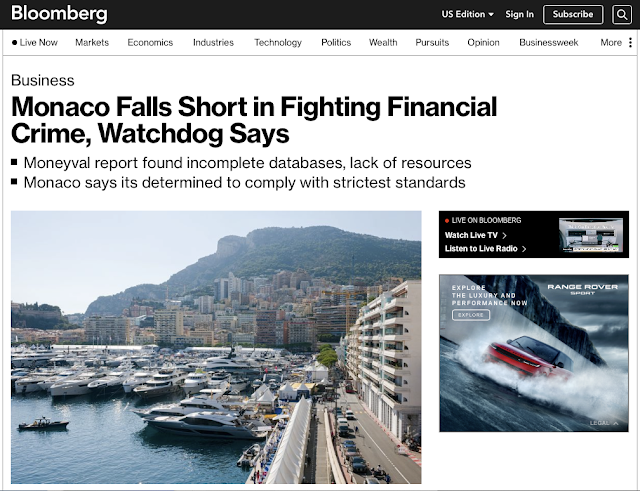 When a team of European inspectors visited Monaco last year, they expected to see significant progress on Prince Albert II’s pledge that the Principality would develop a robust program to stop financial crime.

Instead, they found that ownership databases were largely incomplete, reports on suspicious transactions were filed months late, and authorities lacked the resources or sophistication to tackle the most complex investigations. The findings led the inspectors to give Monaco their worst effectiveness rating for the way it prosecutes money laundering and recovers assets. 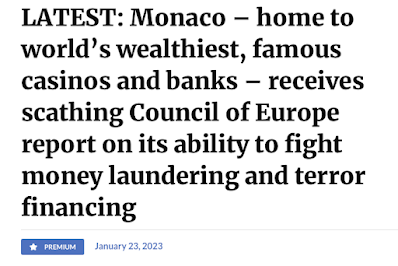 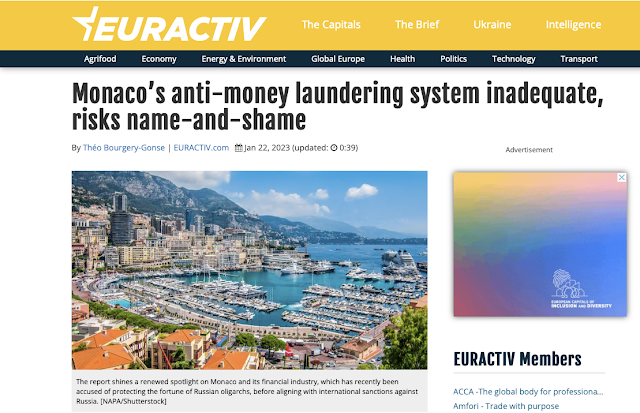 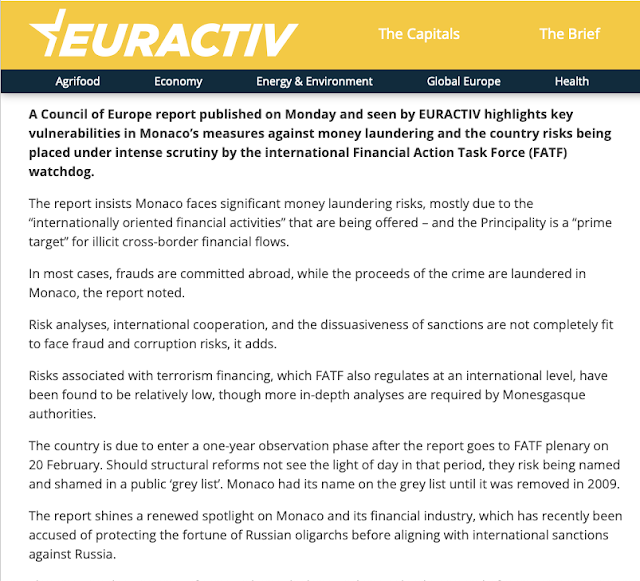 THE PRINCIPALITY of Monaco today received a withering evaluation of its ability to fight financial crime from the Council of Europe’s AML/CFT supervisor, MONEYVAL.

Starkly, it is one of the worst assessments of recent times for a country with an advanced banking and financial system!

Fault is found in practically every basic tenet required of a robust AML and CFT regime from Beneficial Ownership, to STRs, staffing and the criminal justice system.

In a highly critical assessment, the agency warns Monaco must “step up its efforts to investigate and prosecute money laundering, to confiscate and recover proceeds of crime as well as to strengthen its supervisory system.”

Monaco – and its capital Monte Carlo – is home to many casinos, banks and some of the world’s wealthiest individuals.

The country – nestled on the French mainland with a Mediterranean coastline next to the Italian border – is ruled by a royal family led by Prince Albert.

MONEYVAL was particularly critical of the tiny country’s efforts in “investigating and prosecuting money laundering, confiscating and recovering proceeds of crime as well as strengthening its supervisory system.”

The agency also found there have been no prosecutions or convictions for TF in Monaco.

“Given the gaps in the TF risk analysis, it could not be concluded that this is fully in line with the country’s risk profile,” said assessors.

MONEYVAL acknowledges the good understanding of ML/TF risk associated with the activities of various types of legal persons, by the Monegasque authorities but criticises major shortcomings in obtaining beneficial ownership information.

Any mitigating measures applied “are insufficient when it comes to a high-risk category of legal persons and in relation to the non-for profit organisations. Most of the applicable sanctions are not dissuasive and are rarely imposed.”

‘The number of suspicious transaction reports (STRs) originating from the banking sector can be considered satisfactory, although the large volume of defensive reporting and excessively long transmission times raise questions about the quality of information provided’ 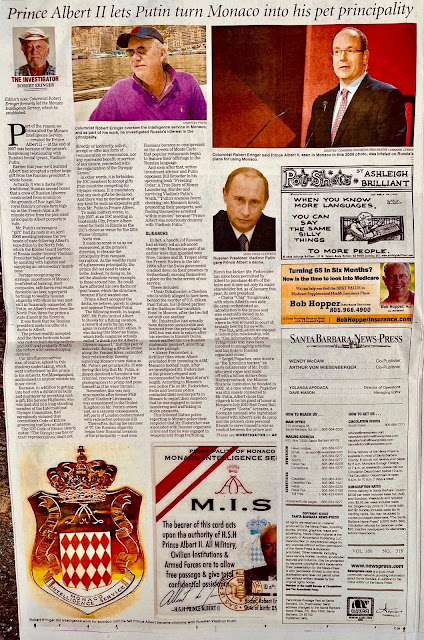 We have said (and written it) all before.
The world's investigative authorities and media are finally catching on.
Posted by Robert Eringer at 7:13 AM